Arts Under Attack: Funding for the NEA & Public Broadcasting Threatened

The arts are under threat once again. Funding for two of our most critical national institutions, the National Endowment for the Arts (NEA) and Public Broadcasting Service, may be severely diminished or eliminated.

Congress established the NEA in 1965 as an independent federal agency and the designated arts organization of the U.S. government.  The NEA is the largest single funder of the arts across America. Along with other federal agencies, they support public TV/radio, libraries, museums and performance venues as well military bands and entertainment.

Forty percent of the arts and humanities agencies’ budgets go directly to state and regional arts councils. Without these funds, many of the cultural performances, exhibitions, and experiences you, your friends and family enjoy will disappear.

Why are the arts being attacked now?

A key reason is money. Some people think that our government spends too much on subsidizing the arts. Not true! The U.S. spends 47 cents per capita on the arts, less the cost of one postage stamp. Compare the U.S. per-person expenditure for the arts to the amounts other countries spend for the arts  – New Zealand $2.98, Canada $5.19, England $13.54, and Wales $17.80.

The current funding equals much less than one-tenth of 1 percent of our country’s annual federal spending. How can that be too much? Some people suggest that federal funding of the arts is wasteful.

Let’s ask veterans, the men and women who return from harm’s way with debilitating injuries. The NEA has partnered with Walter Reed National Military Medical Center to create a National Initiative for Arts & Health in the Military. Expressive therapies improve sleep, impulse control and self-esteem and decrease depression and anxiety for our veterans and their families. Engagement with the arts has proven to be a critical strategy to heal our wounded warriors. Learn more »

Let’s ask the older members of our population. Abundant research illuminates the vital relationship between creative experiences and healthy aging. Studies by the NEA and the National Center for Creative Aging have shown that the performing arts serve as a powerful way to engage seniors. At a time in seniors’ lives characterized by physical, cognitive, and emotional change, the arts can enhance their self-expression and social interaction.

Nine in ten American adults believe that it is important for students to receive an education in the arts, yet only 61 percent of Americans believe that students have enough access to the arts. We know that arts and artists capture stories relevant to us – our past, our present, and our vision of the future. In all its forms, art ignites our awareness, triggers self-reflection, and dares us to push our boundaries. The arts hold up a mirror to life and serve as a vehicle for examining vital social concerns.

In Roswell, Georgia, recent surveys showed that a majority of residents believe local government should support the arts financially. Residents also said a local tax dedicated to the arts – as high as $25 per family per year – should be established.

Should government, nationally and locally, help to fund the arts? I think YES.

What do you think?

PrevArt & the Plight of Personal Privacy
Artists in ResidenceNext 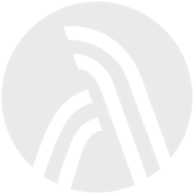